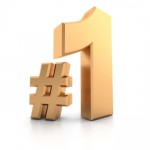 Of course, the top broker by market share is completely different to who the best stock broker is – in fact, in each case the top five includes firms I wouldn’t go near. If that’s what you’re looking for, see the guide to the the five best international stock brokers.

But to discover which two firms lead the rest in the UK, read on.

The identity of the two dominant players in the UK stands out a mile, but it proved much harder to get firm numbers than I expected. Most of the online brokers are part of larger groups and don’t disclose much.

Consultants ComPeer monitor the sector and are the people to go to if you are willing for pay for detailed data. Usually in surveys like this, a firm will release a top five or so to get a bit of press coverage, but in this case ComPeer limits the public release to a few small snippets.

Investor’s Chronicle tells us that TD Waterhouse had a market share of 27% of private-client trades in Q1 2010. At that point, it had overtaken Barclays Stockbrokers as the UK number one.

The TD Waterhouse figure includes the white label trading services it provides under other firm’s names, such as NatWest Stockbrokers and Computershare. It does not include the clients TD Waterhouse took over from E*Trade UK at the start of 2010.

I’d guess that would add another couple of percentage points to its market share, probably suggesting it’s around 30% now. Since TD Waterhouse had only just become number one at that point, Barclays would presumably be around 25%

Public data beyond this is sketchy. The UK number four is Selftrade, at least according to its own client magazine, citing ComPeer data. It reports having a market share of around 8% in Q4 2010.

I would assume that Halifax Sharedealing must be number three, once you include its white label offerings (Interactive Investor and Motley Fool UK, among others). In much older data I can find from Selftrade’s owner Boursorama, Halifax has usually been number three, a little ahead of Selftrade

I’d then guess that Hargreaves Lansdown and The Share Centre are slightly behind Selftrade. That’s supported by this interview with Peter Hargreaves in which he talks about three or four similarly sized firms behind the big two of TD Waterhouse and Barclays Stockbrokers. And The Share Centre’s annual reports say it has around 6% of peer group reviews.

So I’d estimate that the leaderboard would look something like the table below.

In terms of volume, the ComPeer story says that total trades in Q1 2010 were 3.5 million. That suggests TD Waterhouse handled around 300,000 per month or 10,000 per day. Interestingly, that’s quite a dramatic difference in daily trades between the biggest firms in the US and the UK.

Schwab has a 27% market share by assets, TD Waterhouse has ~27% market share by trades. Let’s assume the two measures are at least loosely comparable (which they might be, stripping out special cases like Interactive Brokers). Then adjusting for the fact that the UK has a population of around 63 million versus around 311 million in the US, TD Waterhouse’s turnover is apparently just one-eighth as large.

The UK has less of a trading culture than the US. But it also appears that significantly fewer people in the UK invest directly anyway. According to yet more ComPeer data, UK execution-only brokers had £60bn of assets  in Q1 2010. The US figure we saw earlier was $2.5trn. Assets at traditional advisory brokers and wealth managers were £374bn, also substantially behind funds at the US wirehouses and other advisory firms.

I’m not sure if there could be a major difference in the way US and UK data is measured. Certainly, the gap between the two is much greater than I would have expected.

Otherwise, discover the best UK broker for international stocks or the cheapest brokers for UK shares.