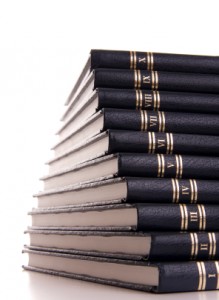 UK investors are often unsure about the rules for holding foreign funds and exchange traded funds (ETFs) in an Individual Savings Account (ISA).

The regulations on foreign shares are clear. These are eligible for an ISA if they trade on a recognised stock exchange. But funds – especially ETFs – never seem so simple. Even the ISA providers sometimes disagree on what’s eligible.

HMRC has a short list of ISA eligible investments online, but it still leaves some points unclear. So I asked HMRC’s ISA specialists to confirm some of the less straightforward situations.

In general, their answers mean that most foreign funds and ETFs will not be eligible, although there are a couple of exceptions. For the details, read on.

For a fund to be eligible for an ISA, it either needs to be directly authorised by the Financial Services Authority for sale to UK retail investors or it needs to be passported into the UK under the European Union Undertaking for Collective Investment in Transferable Securities (UCITS) rules.

The goal of UCITS is to create a Europe-wide standard for funds that allows any fund authorised in one country to be marketed in others without having to go through lengthy approvals from each local regulator. But UCITS only covers funds based in the European Economic Area (EEA).

So any non-EEA fund is not eligible to be held in an ISA, unless it has applied to the FSA to be authorised for sale in the UK. Since very few US or Asian mutual funds will have done this, most non-EEA funds are immediately ruled out.

HMRC’s ISA team confirmed that this category includes foreign ETFs. While ETFs may trade on an exchange like a share, they are treated as a collective investment scheme. Where they are listed is irrelevant. Being listed on a recognised stock exchange would make a company eligible, but has no effect on whether an ETF is eligible.

Unfortunately, that does not mean that any UCITS fund from an EEA country is eligible. “Recognised” has a specific meaning here, which is that the FSA has been notified that the fund manager wants to market the fund to UK investors.

So while the fund doesn’t have to be authorised by the FSA, there is still a registration requirement. A fund that has not registered is not a recognised UCITS and so will not be ISA eligible. As a result, the only EEA UCITS funds allowed in an ISA are normally those where the provider has decided to market them to UK investors directly.

However, some European providers put all their individual funds – some of which aimed at UK investors and some not – as sub-funds of a single umbrella fund that is FSA-recognised. The legislation states that sub-funds of a recognised UCITS are recognised for ISA purposes.

So it seems that some non-UK funds that are not listed or marketed in the UK may be ISA eligible under this rule. For example, Deutsche Bank puts all its ETFs – including those listed in Hong Kong and Singapore – under two Luxembourg umbrella companies – db x-trackers and db x-trackers II – both of which are recognised UCITS. It looks like these ETFs may qualify.

You can check whether funds are authorised or recognised by searching the Collective Investment Schemes section of the FSA Register.

It’s also worth knowing that all funds also need to pass the 5% test. This says that investors should not be certain or near certain of getting back 95% or more of their initial investment within five years. This is unlikely to catch out many funds, but HMRC has previously said that it rules out moneymarket ETFs denominated in sterling.

The rules above cover open-end funds – unit trusts, open-end investment companies and so on. You might expect the rules to be more favourable for closed-end funds, since these are essentially listed companies whose business is to invest in other stocks. Unfortunately, that doesn’t seem to be the case.

UK investment trusts are generally eligible, as long as they trade on the official list of the London Stock Exchange (Aim-listed stocks, whether funds or companies, are not eligible for an ISA). But HMRC says that foreign closed-end funds, such as those in the US or Australia, would not be eligible even when listed on a recognised stock exchange.

However, a foreign real estate investment trust (Reit) will qualify if it is listed on a recognised stock exchange. From an investment point of view, you might view a Reit as a collective investment in property. But HMRC views it as a listed company and treats it the same as any other foreign share for this purpose.

Finally, it’s important to be aware that whether a fund is eligible for an ISA depends on both HMRC and your ISA provider. The provider can decide what they will allow you to hold within HMRC guidelines. For example, some don’t allow foreign shares.

So when you think that a fund is eligible under HMRC guidelines but your ISA provider isn’t sure, it’s worth asking them to confirm that with HMRC. But you will find that some firms are more flexible than others. If you get nowhere, get a second opinion elsewhere – and consider switching provider if you can find one that’s less restrictive.

If you’re wondering how this affects Self-Invested Personal Pensions (SIPPs), that answer is much more helpful. SIPPs can hold practically anything, including all the types of funds mentioned above.