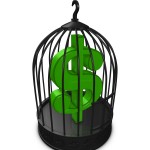 For residents of most developed countries, opening bank and stockbroking accounts abroad is not difficult. But for US residents, it can be a bit more awkward.

On the domestic side, there is little to stop you opening offshore accounts. US law only forbids you from sending money to a small number of countries: Iran, Cuba, North Korea and so on.

And you must declare your accounts and pay US taxes when required (see below for an important warning on this). But assuming you stick to these rules, the US government doesn’t care much where you put your money.

The problem arises at the foreign banks and stock brokers, many of whom refuse to deal with US clients. And responsibility for this lies with some overly broad rules implemented by the Securities and Exchange Commission (SEC) – plus the threat of new tax legislation.

END_OF_DOCUMENT_TOKEN_TO_BE_REPLACED 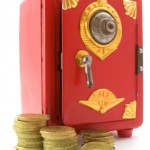 Update (February 2016): To avoid any doubt, opening a bank account in Singapore as a non-resident was fairly easy when this article was first written, but has since become much harder and perhaps effectively impossible in many cases.

Update (June 2014): There’s no doubt that opening a non-resident bank account in Singapore has become much harder since this article was originally written. Some readers are still reporting that they have been able to open an account with relatively little trouble, but others have been turned away. This is largely due to the ongoing global crackdown on money laundering and tax evasion, which has resulted in Singaporean banks being more concerned about opening accounts for non-residents.

In addition to a passport and proof of address, it seems likely that you will require a letter of introduction from your current bank in your home country. Some readers have reported that banks demand considerably more information, such as exhaustive detail on source of funds.

I strongly recommend that you contact a number of banks to establish what their current policies are and what documentation will need before travelling to try to open an account. There is some indication that bank representatives have discretion over opening accounts for non-residents and that a logical reason for requiring an account may help, such as travelling to Singapore frequently or opening a brokerage account with the same bank.

This article has been left unchanged for now because the situation is unclear and the background information may be useful. But the process is certainly not as easy as it once was. Feedback from readers on their recent experiences of opening accounts is welcome, via the contact form.

Original article (August 2011): Singapore is a very popular choice with foreign investors looking to open an offshore bank account. It’s a safe and stable country with a very solid financial system, while all account servicing is conducted in English.

Most importantly, it’s extremely easy for non-residents to open a bank account in Singapore. Most institutions welcome non-resident customers of all sizes.

If you are a US citizen or resident looking to open any kind of financial account anywhere outside the US, see this article on the added problems you face. However, at present it seems that most major banks in Singapore will still open accounts for US residents and citizens.